How to Give Up the Fear of Failure

If you notice your joy is lacking in this season, a fear of failure might be the culprit. Here's how to get past this fear.

They were acknowledging my success at work, my passion for life, and my overall joy. They had noticed a shift in me, but couldn’t tell what made the difference. I, however, knew exactly what it was.

“I don’t fear failure as much as I used to,” I responded.

The fear of failure is a powerful enemy of joy. Since joy is the internal satisfaction you feel when you pursue well-being and success, even through great difficulty, not pursuing success because of a fear of failure bars you from a life of joy.

My fear of failure was so heavy that I wouldn’t pursue opportunities where it was possible I would fail. I only pursued opportunities that guaranteed my success, and therefore, didn’t challenge me.

But during this time, I didn’t have the joy I could have had.

If you notice your joy is lacking in this season, a fear of failure might be the culprit. Here are some tips to help you get past this fear, and pursue success again.

1. Avoid adding judgment to your mistakes.

What causes a fear of failure? Carol Dweck, author of the book, Mindset, would say one of the reasons is that somewhere in your past, an authority figure most likely gave a negative response to a “failure.”

Dweck discovered that when parents react to their children’s mistakes as though they are harmful, then the children were more likely conditioned to avoid failure.

How we respond to mistakes matter.

Over time, we add our own judgment to our mistakes, which further conditions us to avoid potential failure.

If you want to let go of your fear of failure, change how you respond to your “failures.” Instead of instantly judging your mistake, you might want to praise the fact that you even tried at all.

Responding critically to our “failures” will only push us to fear failure more. Instead, respond with kindness.

2. Question your definition of failure.

The reason I placed failure with quotation marks above is that what you might think of as a failure might not even be a failure at all.

For example, if you tried something you’ve never done before, and made a mistake, is that a failure? If you are someone who is overly critical of yourself, this could be a failure. But remove the judgment and you’ll find that making a mistake on something you’ve never done before is normal. In fact, it would be rare to do it perfectly the first time.

We create our own definitions of failure and success. Many times, these definitions are informed by our past experiences. But this doesn’t mean our definitions are truth. Our brains like certainty, so they attach to clear-cut definitions, when in reality, failure is not so black-and-white.

Learn to question your definition of failure. When you make a mistake, stop and ask yourself, “is this actually a failure, or am I making it a bigger deal?”

More times than not, you’ll find that your perceived “failure” is more a construction of your thoughts than it is a reality.

3. Trust others to love you despite your failures.

The reason for my fear of failure was that I didn’t trust others to love me if I failed at things. If I didn’t prove I was valuable with my successes, then I wasn’t valuable.

Over time, I learned to dispel this myth. I now know for a fact that people love me despite my failures.

When I hold onto this truth, it lessens the power of failure. Failure used to be a heavier consequence when it was attached to the idea that I would be abandoned if I fail. But once I removed that concern, failure lost its weight.

Scan your life for the people who will be with you even if you fail. Hold onto these people, and even ask them to remind you that they love you despite your failure. The more you embrace this truth, the less power failure will have over you.

4. Admit your failures without doctoring them.

When people have a great fear of failure, they usually doctor their perceived “failures” so they are always viewed as a success.

When they do this, however, they are not facing their pain of failure. They’re avoiding it.

Dr. Brene Brown is known for saying that vulnerability has the power to dispel our shame. When someone responds in empathy to the shame of our failure, it lessens the weight of our failure.

But if we are not vulnerable about our failures, then we can never experience the healing power of empathy.

True vulnerability is difficult but healing. If you want to lessen the weight of failure, be honest and open about it in a safe community. As they respond with empathy, your fear will lessen.

5. Remind yourself that people are only seeing half the story.

Part of what strengthened my fear of failure was the belief that everyone was watching me. My successes and failures were all on display, so I only wanted people to see my successes.

This, however, was wrong. Only those who are closest to you see the full story. Most people don’t see your “failures.”

People are not following your life as closely as you might think. They’re not shaking their heads when you make a mistake. They’re not calling you a failure behind your back. They’re only seeing half the story, and you don’t even know what half they’re seeing.

It’s best to not imagine what others might be thinking, and instead focus on your pursuit of success.

The Freedom to Fail

It was a long and difficult journey to release of the fear of failure in my life. Much of my success was limited by the fact that I was unwilling to tread in any water that challenged me.

But once I let go of that fear, something interesting happened. I became happier and more successful.

I’m not afraid to fail because I know my failure is just a stepping stone to an even greater success.

If you want to feel joy and create even more success, you need to give yourself the freedom to fail. Once you are free to fail, joy and success will follow. 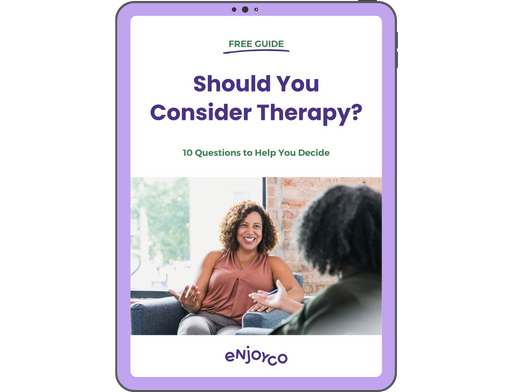